The ‘Los Libertadores‘ road border crossing between Argentina and Chile is possibly one of the most spectacular journeys in the world:

Out of Mendoza, we were still passing through vineyards for some time: 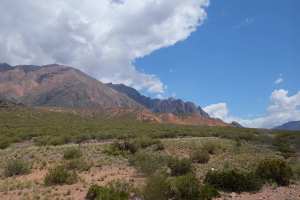 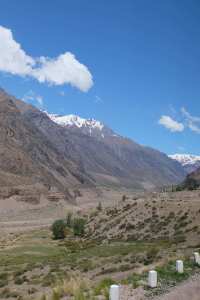 Throughout the journey a – non-functional – narrow gauge railway line followed the road:

With occasional signs of habitation:

Eventually as we approached the border – at 3200m – we were above the snowline, with evidence of ski-stations around us.

Crossing the border took about an hour, between waiting for exit stamps, entry stamps and customs. Chile are very strict about not bringing in any food/produce and we had been strictly instructed by our bus attendant to throw away any fruits etc before crossing. Nevertheless there was a great kerfuffle as the customs dog sniffed its way along our hand baggage – the annoying Swedes (who had already made themselves unpopular with the driver and passengers by being – well – annoying) had a bag of nuts and raisins stashed away which meant a subsequent detailed search of the bus and new customs declarations to be filled in by all of them. Tut.

The descent from the border to the valley at 500m was somewhat hair-raising. This impression was not lessened when we spotted a scrunched up truck that had clearly tumbled down several of the hairpin bends before coming to rest at the side of the mountain. Nice. 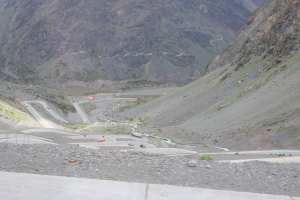 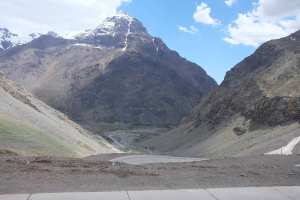 It’s difficult to get the perspective, but suffice to say that it was VERY STEEP and a long way down…

We were glad to arrive in Santiago and meet up with Aleix at our hostel in the barrio of Bellavista: 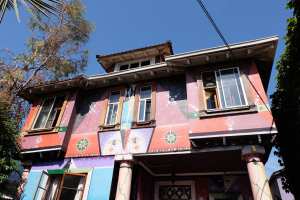 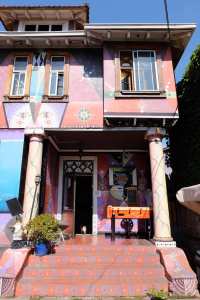 As he’d been working there all week and had stayed on for the weekend to see the city we got some top tips from him about what to do, starting with some drinks at the Patio Bellavista before all going for dinner in Lastarria at the delightful CHPE Libre

The next day we took a trip to the tallest building in Latin America: 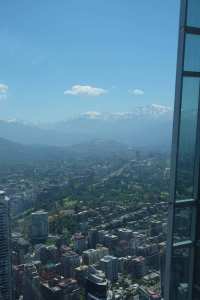 If you take an extra escalator up one more floor from the viewing platform you get to the next platform known as ‘Open Sky’ because,well:

This made us feel slightly too vertiginous so we repaired to meet Aleix for lunch at Plaza Brasil via the very cheap and efficient metro/underground.

The next day, after taking our leave of Aleix who was flying home, it was time for some more sightseeing:

Various shots of the Mercado Central: 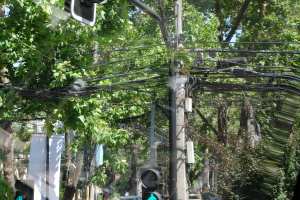 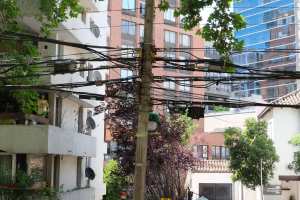 The Costanera tower from the outside: 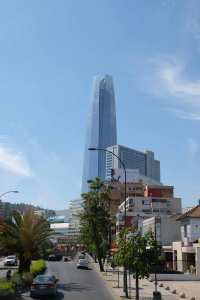 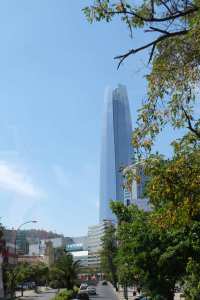 At the Costanera centre we sneaked off to the cinema to watch the final of The Hunger Games, before a final dinner in Patio Bellavista: 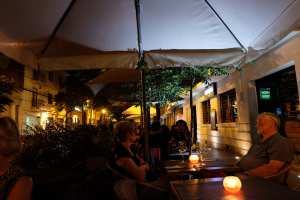