We say ‘we are going to Mendoza’, but strictly speaking we meant the region and not the city. Mendoza city seems to be perfectly nice, with wide avenues, plenty of squares, and mostly low-rise buildings (all designed after the earthquake). However, our visit was not about the city but about the WINE, so after one night in town we headed straight out to Chacras de Coria, one of the suburbs of Mendoza within the wine region.

This is the beautiful ‘posada’ (inn or B&B) that we stayed in: ‘Viaje del Sol‘. 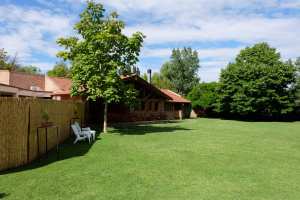 Our hosts had arranged bike hire for us, and gave us a map with a suggested route that took in several wineries while avoiding the busiest roads. We thought this to be prudent.

Our tour guide was the son of the owners, and a master winemaker who had studied in California. A new experience for us was trying wine straight from the tanks. This was a Cabernet Sauvignon that had been in the tanks for almost six months.

After such an informative visit, and on the recommendation of a couple from the US we’d got chatting to, we decided to stay for lunch, which was served just inside the main winery building, surrounded by barrels and winemaking equipment. 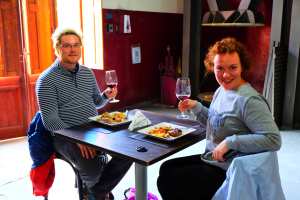 Chacras de Coria is mainly a collection of wineries, hotels and private homes, each within their own grounds or estate, however there is a pretty but quite little main square:

And an excellent patisserie: 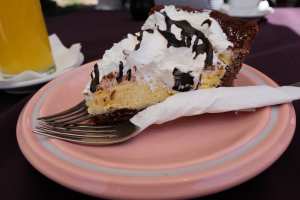 After lunch our next stop was ‘Clos de Chacras‘ where we were served complimentary drinks while waiting for the 15.30 winery tour.

However as most of the other people booked on the tour were still clearly enjoying a very long and boozy lunch in the attached restaurant, we enjoyed the garden and carp pond for a while then booked in for a tour and lunch the next day.

The final stop of the day was ‘Alta Vista‘, a large scale winery where apparently until recently the French High Commission had managed to install themselves. We tried five different wines and ended up buying a VERY nice sparkling blend of Pinot Noir and Chardonnay which was basically a champagne, as well as some chocolates. However we failed to take any photos except this one:

Fortunately for us, dinner – an asado – was being prepared for us by our hosts when we returned, so by the time we had showered, changed, and sobered up a bit, there was salad, sausages and four different cuts of meat to try. Oh, and more wine. 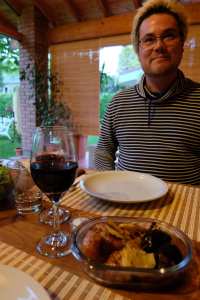 Obviously the next day we returned to Clos de Chacras for lunch and a tour.

It’s a beautiful vineyard with an interesting history. It was started by a family who produced large quantities of mediocre wine as was the style at the time, who went out of business when fashions changed. Some years later, the grand-daughter of the founders came across part of their old property in an auction and purchased it, then started a new and high quality wine-making business that part of her family’s old estate.

The wine tasting was interesting, particularly at the end when we did a ‘do it yourself’ cocktail which was rather good:

This is likely to feature in our first Barcelona terrace party next spring! 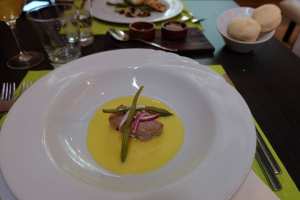 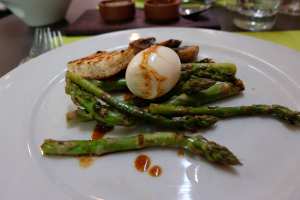 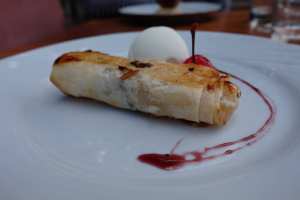 We were rather sad to leave, and did discuss staying an extra day/night, however the following morning we had an early bus to catch to Santiago de Chile so instead we headed back to Mendoza city for a quiet night and slightly irritating morning trying to find a place that would serve us a coffee before 9am. Luckily we were saved by this amusingly ersatz Cafe Nero: 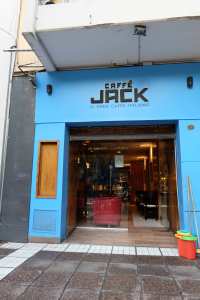