One of the main reasons for coming to this part of the world was to catch up with our friends Samantha and Victor who moved here from Barcelona 18 months previously. They were kind enough to put us up in their home in Merida and to show us the local sights (and local food!). 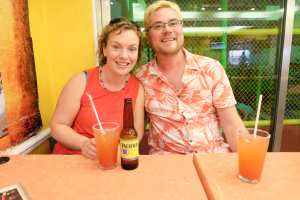 After Ojos Rojos (or ‘Mexican Bloody Marys’ as we know them from  Barcelona’s El Pachuco!), Micheladas and LOTS of antojitos in a local cantina we headed to the local Casal Catalan (Catalan cultural/community centre) to see a Mayan solstice ritual as part of their Sant Joan celebrations: 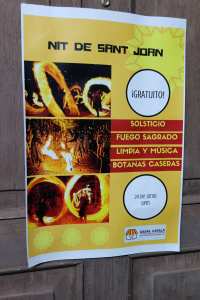 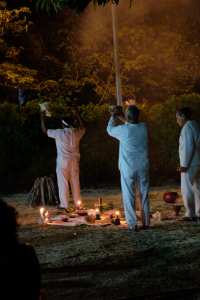 Before doing a classic ‘late night off-license run’ and heading to some other friends’ house for more drinks around their pool.

The next day was Saturday and our generous hosts had planned a trip for us to the Celestun Bioreserve, maybe to see flamingos. First, however, we needed a proper ‘second breakfast’: 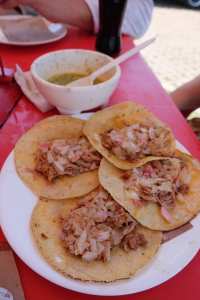 At Celestun we parked on a sidestreet just off the beach and negotiated a boat excursion to the mangroves and an ‘ojo’ or freshwater spring. 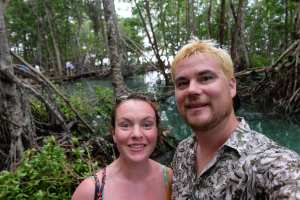 We got a little bit wet (understatement) due to a very heavy rain shower, and a storm was coming in so our boat driver raced us back along the coast to get us back just in time for lunch in the dry.

Later that evening we headed into Merida for dinner and live music at Mercado 60: 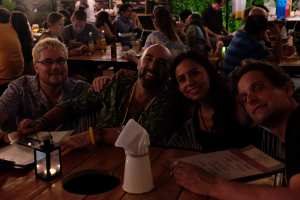 On Sunday we had a trip to Uxmal: 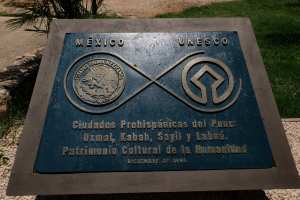 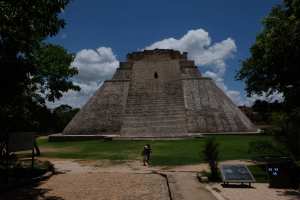 If you stand in front of the pyramid and clap loudly, the echo makes the sound of a bird (a local bird whose name escapes me). 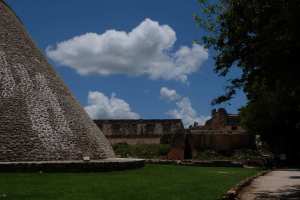 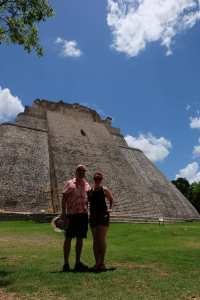 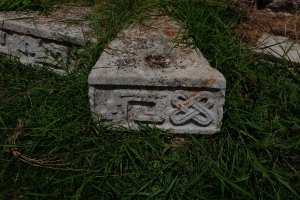 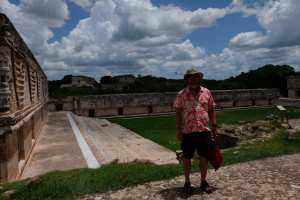 Sadly on Monday we had to leave for Tulum,  but not before a scenic tour of Merida (and more pork!)

Merida cathedral – the oldest in the Americas.

Alongside the cathedral is the ‘Pasaje de la Revolucion‘ – a reconstructed arcade of small shops and the contemporary art gallery ‘Museo Fernando García Ponce-MACAY‘, one of whose temporary exhibits was gracing the pasaje when we were there. Unfortunately their website isn’t quite up to date so I can’t link to the artist. 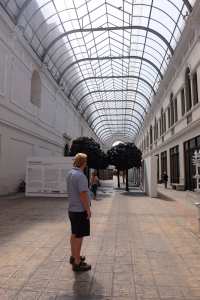 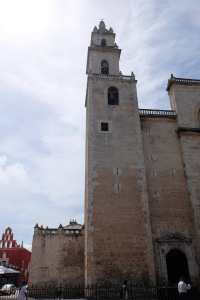 The cathedral faces a square that is the equivalent of the Placa Sant Jaume in Barcelona, with the Ayuntamiento de Merida on one side of the square and the Gobierno de Yucatan on another side: 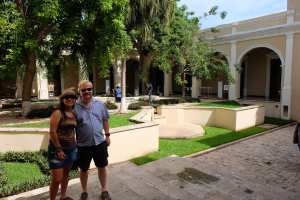 The Palacio del Gobierno is open to the public on weekdays, and has a fantastic art ‘gallery’ displaying representations of moments of the area’s history. 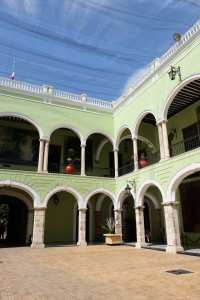 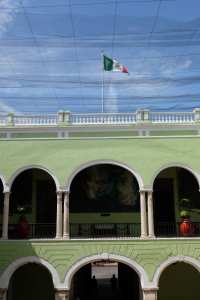 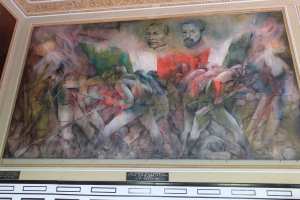 Next, a promenade on the Paseo de Montejo before a quick brunch at one of the markets: 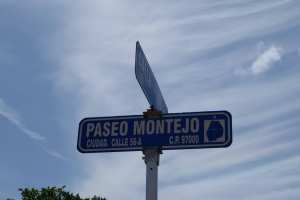 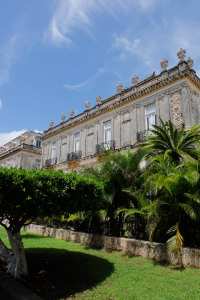 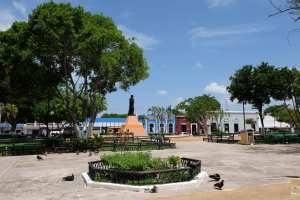 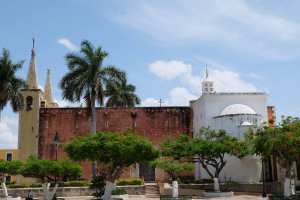