Early on Friday morning we took a short taxi ride from our hotel to the nearby Cenote Ik Kil.

We got there early, shortly after it opened, and there were only about six other people there – heavenly:

Showers before getting in – only biodegradable sunscreen permitted. 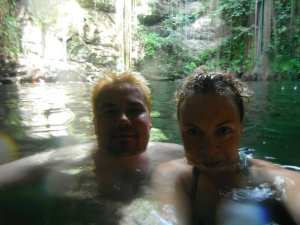 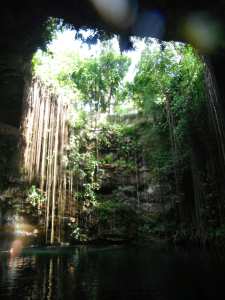