The 4 hour drive from Punta Arenas to the camp via Puerto Natales was rather ‘exciting’ because of the extreme high winds blowing across the plains, however our driver did a great job not only of preventing the minibus from rolling but also pointing out local fauna as we passed it. We saw the expected sheep, spring lambs, plenty of cattle and some horses. Less expected were the ostriches (which turned out to be ‘Darwin’s Rhea’), the flamingos, which we had expected to up north but not in the south, and the guanacos.

The amazing Patagonia Camp is an hour’s drive from Puerto Natales, mostly on unpaved roads. It’s on the banks of Lake Toro but not really visible until you are about a hundred metres away because of its low profile, nestling in the trees at the side of the lake. It’s basically Hobbiton. 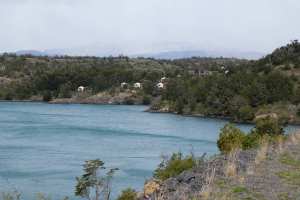 This is our posh yurt (or hobbit house). Almost everything is made out of a native, locally and sustainably sourced wood, but it has central heating, granite bathroom fittings (lots of granite around here!) and is generally low profile and low impact but high on style and luxury.

After doing a little jig of happiness in our yurt we headed to the restaurant/bar/lounge area for a glass of delightful Chilean Sauvignon Blanc (all inclusive in our package!) and a general marvel at the scenery and the camp itself. 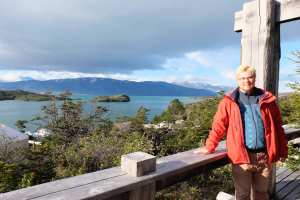 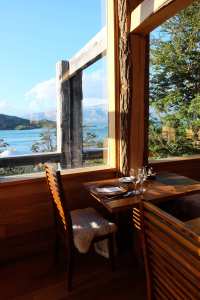 Then after a short briefing and planning session it was time for dinner: mousse of spider crab, followed by salmon filet and herby mash or lamb casserole. So that was awful. 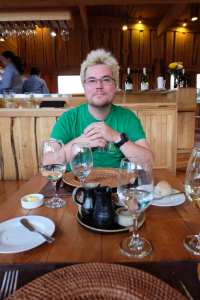 For our first full day we opted for a nature hike in the central part of the national park, followed by a beach hike with views of the Gray Glacier. All I have to say about that is THERE ARE ICEBERGS ON THE BEACH! 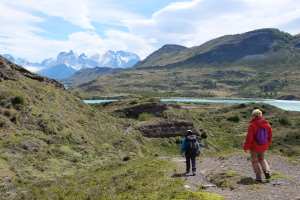 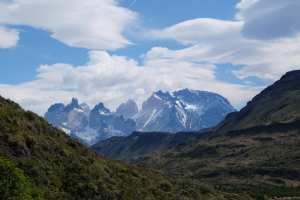 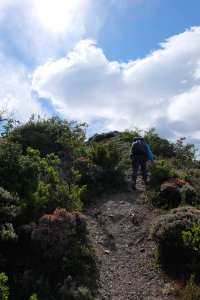 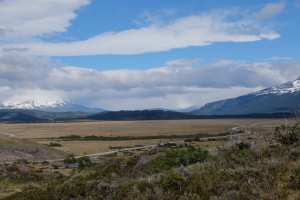 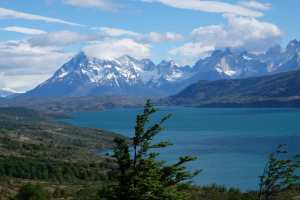 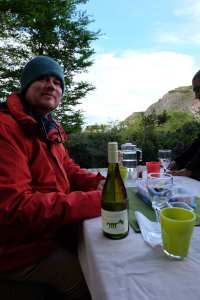 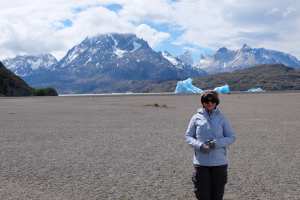 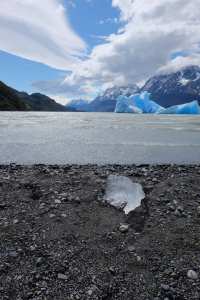 …and did some self-guided hikes, the first was around ‘laguna bonita’ (it was) to the ‘mirador des azules’, and the second to a waterfall: 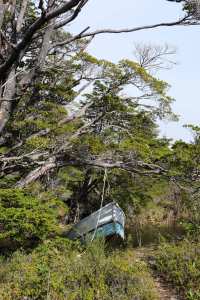 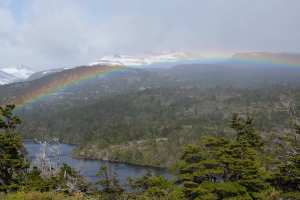 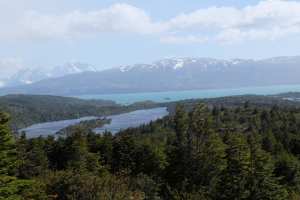 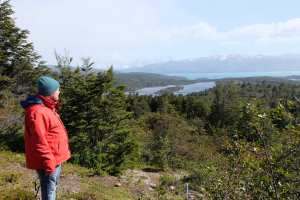 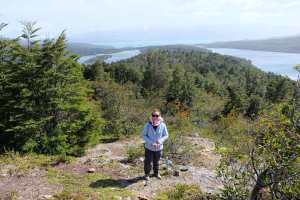 We would have very happily stayed for another few days, particularly to do the trek to the base of the ‘three towers’ (it was too windy for us to do it), but sadly after our third night in our wonderful yurt it was time to move on.