Nuwara Eliya is also known as ‘little England’ having been a hill station retreat for the British colonialists in the 19th century. Some traces of these times can still be found, most notably at ‘The Hill Club‘, a private gentlemen’s club turned hotel where we stayed for four nights.

Set in several acres of grounds, it has won the Nuwara Eliya ‘best kept gardens’ prize for many years running (the trophies are proudly displayed in the Reading Room). 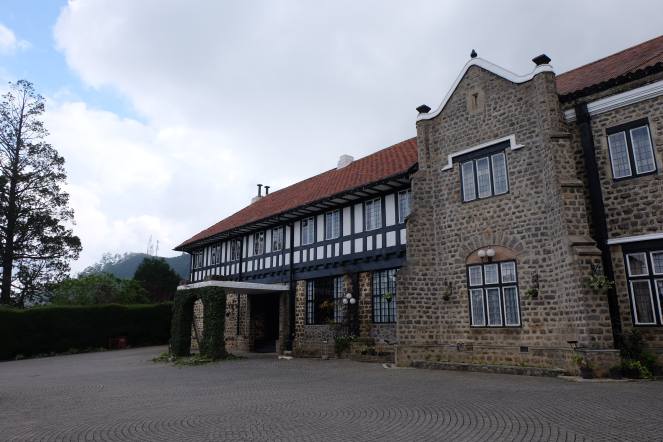 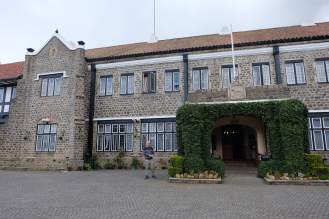 The baby plants are protected from the rain by woven shelters: 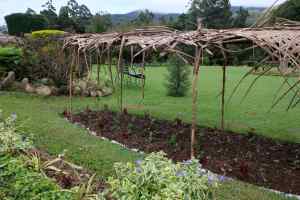 It really was a ‘gentlemen’s’ club – no ladies were allowed to be members until the late 1980s, although they were allowed to dine there with gentlemen companions provided they used a separate entrance and the ‘ladies sitting room’ prior to dinner, so as not to offend the delicate sensibilities of those poor ‘gentlemen’!: 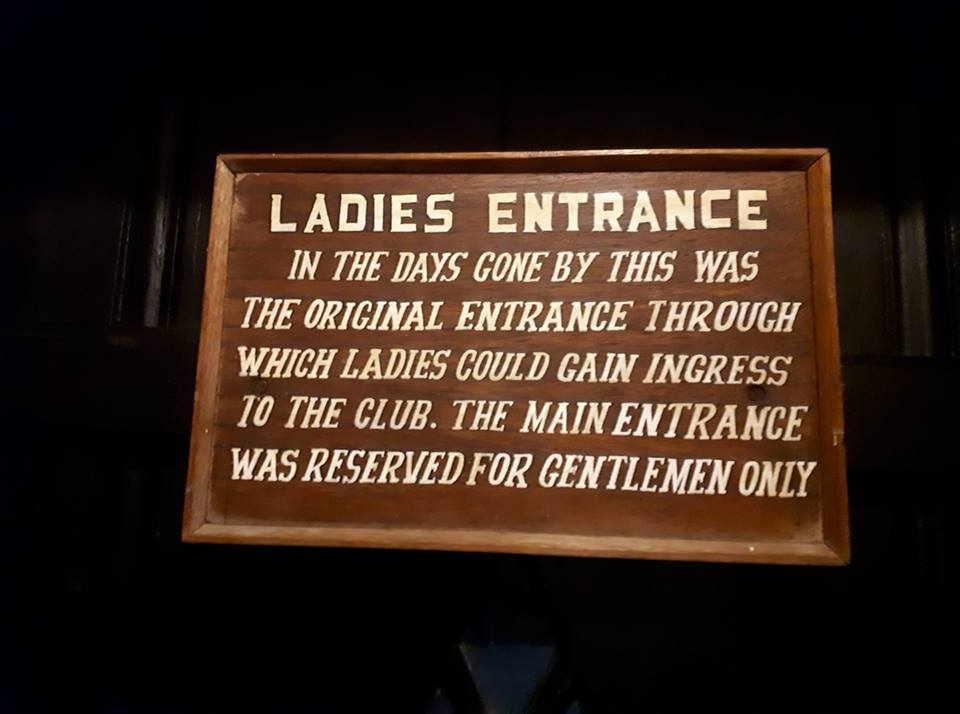 The Hill Club was rather charming although certainly dated and a little worn around the edges, with somewhat idiosyncratic service.

Sadly the snooker and billiards rooms were undergoing a renovation so we weren’t able to play, although we got to see them as part of the tour provided by Benedic, the highly enthusiastic sommelier, head bartender and self-appointed guide to the club: 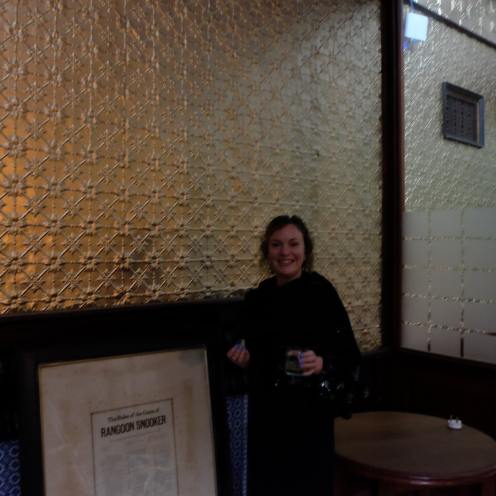 The walls of the snooker room are a beautiful pressed tin design – very stylish and genuinely ‘vintage’. Some of the taxidermy is a bit on the sketchy side, however…

After 7pm certain areas of the club/hotel have a dress code. As we were aware of this we came suitably attired, although Noah got to borrow a club tie from the ‘Club Wardrobe’ courtesy of Benedic.

Benedic was quite the character, and only added to the slight air of Fawlty Towers about the place, not least due to his frequent summoning of Croos, his minion, in a ‘Manueeeeeeeel’ -style holler.

This is the ‘fine dining’ restaurant where the dress code applies (there is a more casual restaurant, Lillys, although it seemed to mainly be full of Chinese tour groups whenever we passed): 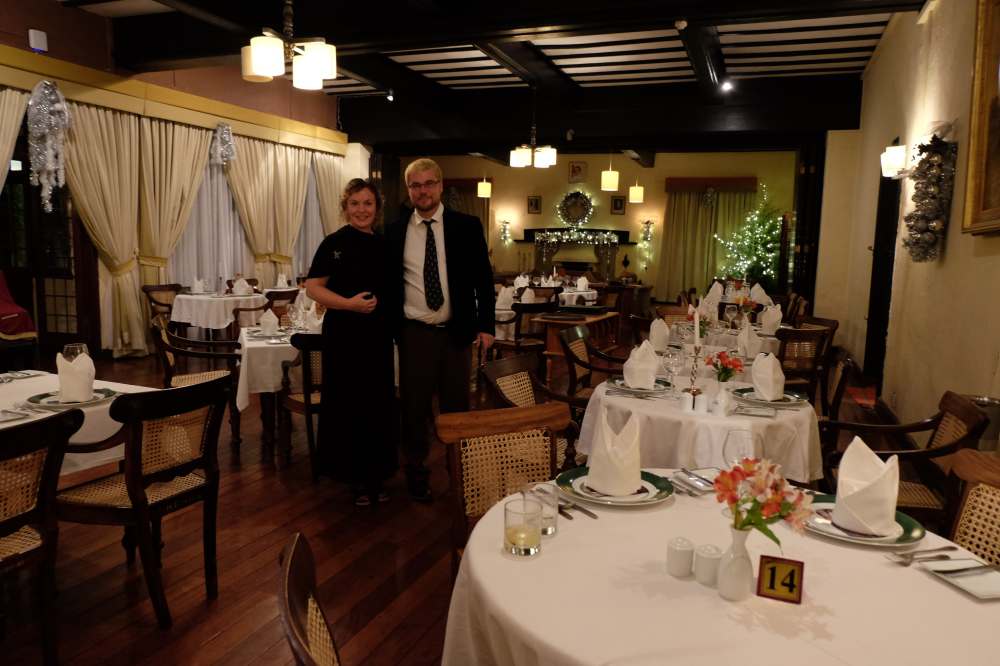 In the background that’s the ‘ladies sitting room’ next to the dining room. Above the fireplace, flanking the photograph of the Sri Lankan president, are photographs of Queen Elizabeth II and The Duke of Edinburgh taken on their visit in 1954 when they stayed at the Hill Club!

We’d been warned that it could get chilly and damp in Nuwara Eliya, so on our return from dinner we very much appreciated the turndown service:

Having stuffed our faces on fancy dining, the next day some outdoor activity was required, so we took a rickshaw up to the Pedro Tea Factory with the idea of walking back to town from there after the tour.

The tour was interesting, not dissimilar to the previous one we’d done in Ella though as it was also a black tea factory:

Pedro’s seemed a bit more geared up to tours than the Deodara factory in Ella – there was information provided in the visitors’ centre and we even got a cup of tea at the end! 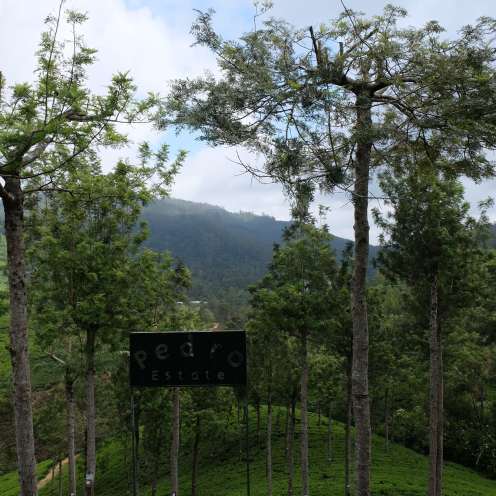 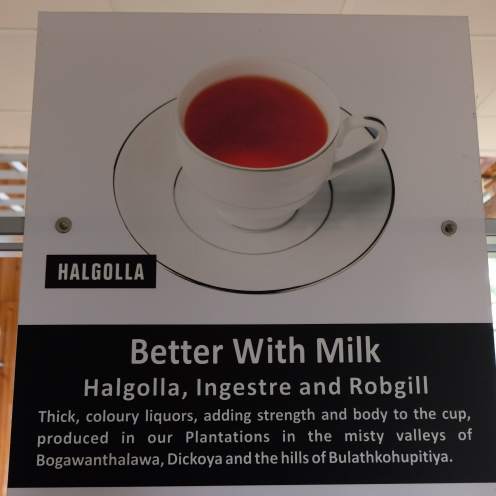 During their stay at the Hill Club in 1954, the HRHs visited Pedro’s as well, and even planted some tea bushes: 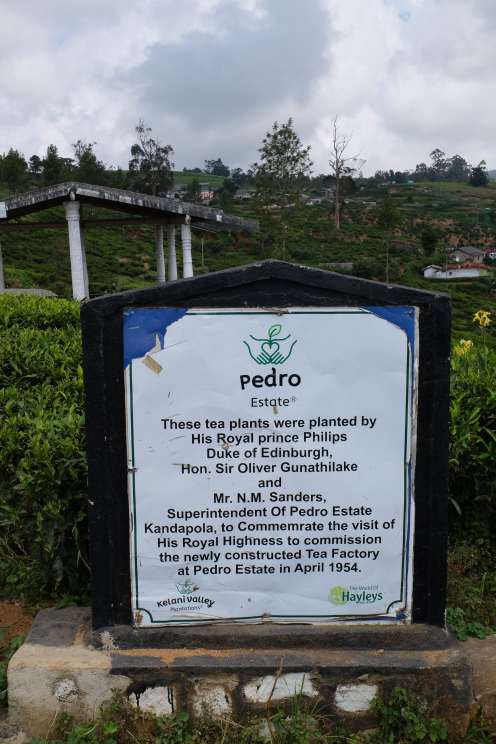 When dropping us off our rickshaw driver had pointed out a pathway heading up through the tea plantations, which we could take to reach ‘Lovers’ Leap’ waterfall, a local ‘sight’ to be visited. This we dutifully did, affording some splendid views across the plantations: 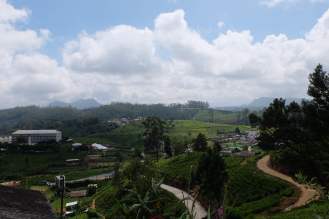 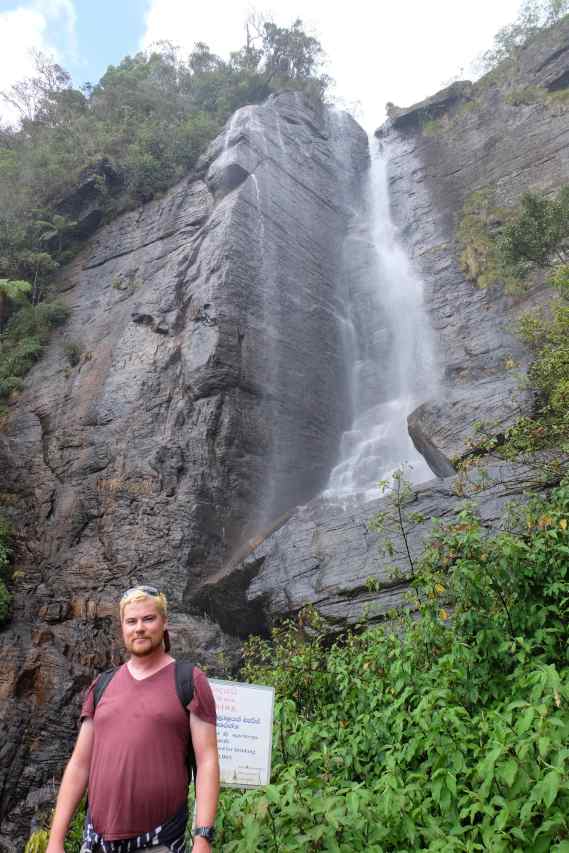 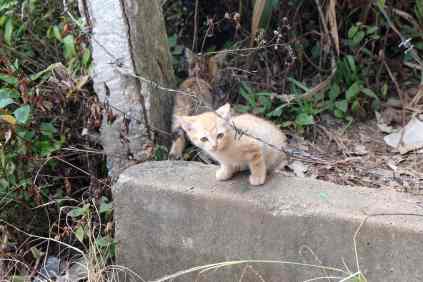 One other thing Nuwara Eliya and the surroundings are known for is vegetables. Everywhere we went that wasn’t a tea plantation we saw carrots, potatoes, cabbages, onions, leeks etc – it’s obviously a good growing climate!

Towards the end of our walk we got a bit excited by what sounded suspiciously like an ice cream van with the musical chimes. This turned out to be the rubbish truck, announcing it’s approach so that people could run out of their houses with bags of rubbish. Very sensible!

After getting back from walking and sprucing ourselves up a bit we headed next door to The Grand Hotel for their famous high tea. The Grand was originally built in 1891 as the home of the Governor of Sri Lanka, but unlike the Hill Club it’s been significantly extended and tarted up since then. The Tea Lounge is sponsored by, or is a franchise of Dilmah but is run by hotel staff, and is actually terribly civilised: 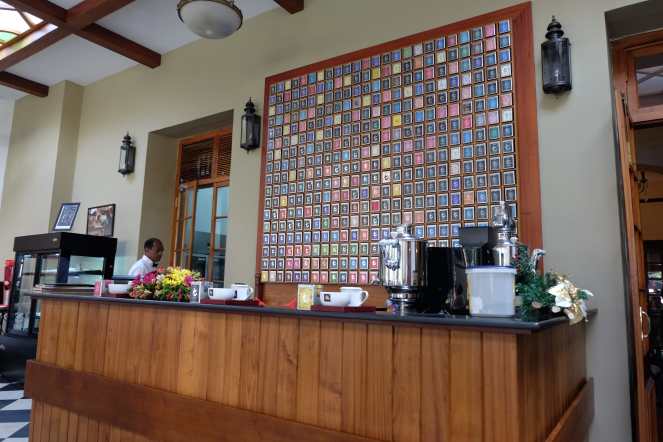 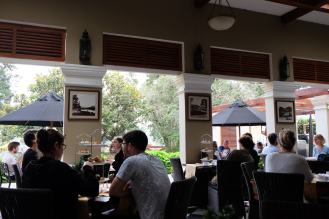 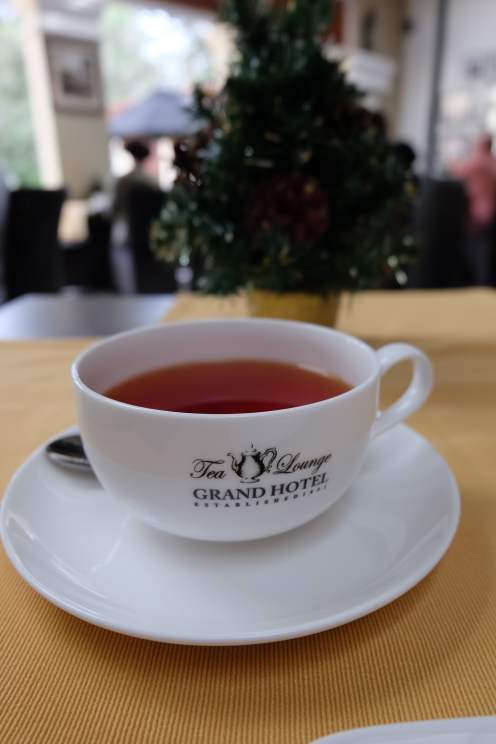 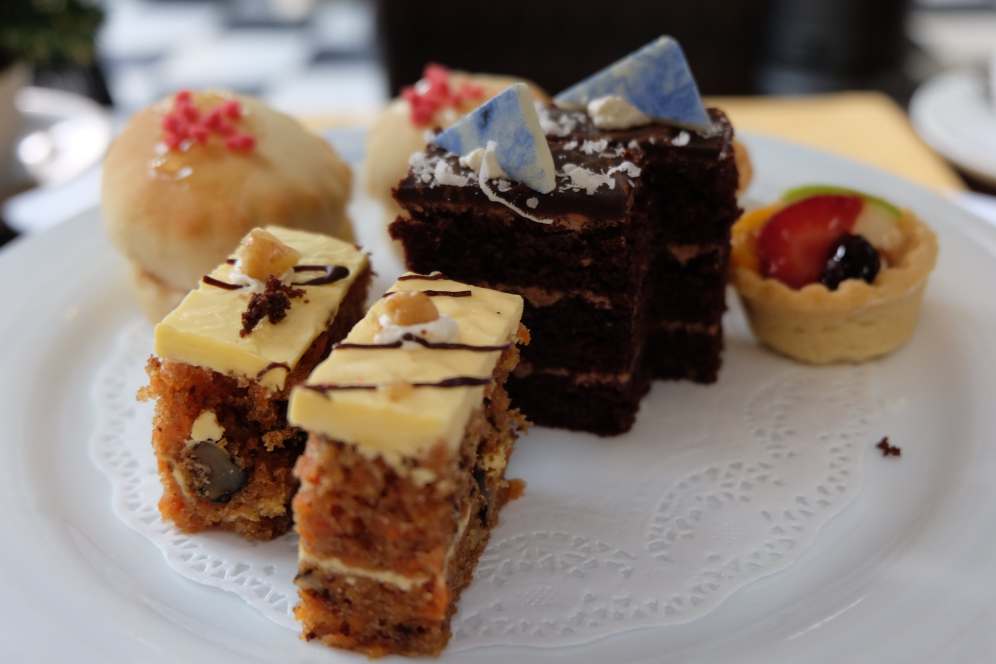 After all that cake *another* brisk outdoors activity was on the cards, this time with a 5.30am start in order to reach Horton Plains by 7am. Apparently this was so that we could complete the 7.5 km circuit ‘before the clouds come down’. To be honest when we arrived the clouds were already down, but during the 2.5 hours it took us to hike to mini World’s End, World’s End, Baker’s Falls and back to the start we did manage to see a bit of blue sky! 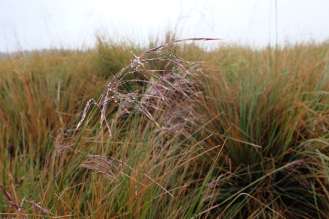 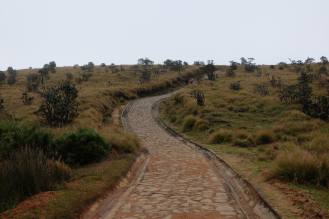 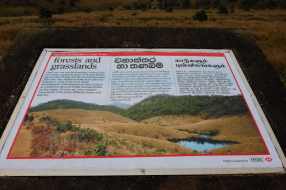 Views across the valley from World’s End (a precipice with a drop of almost 1000 metres): 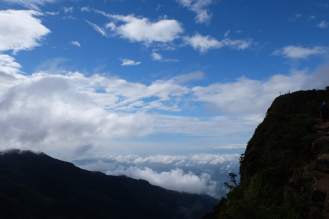 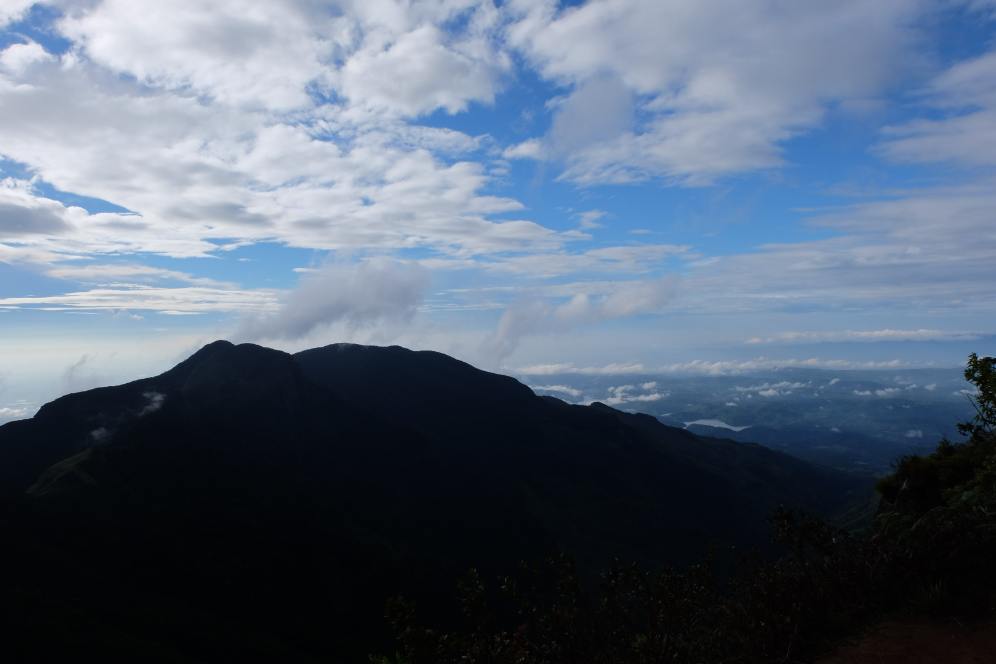 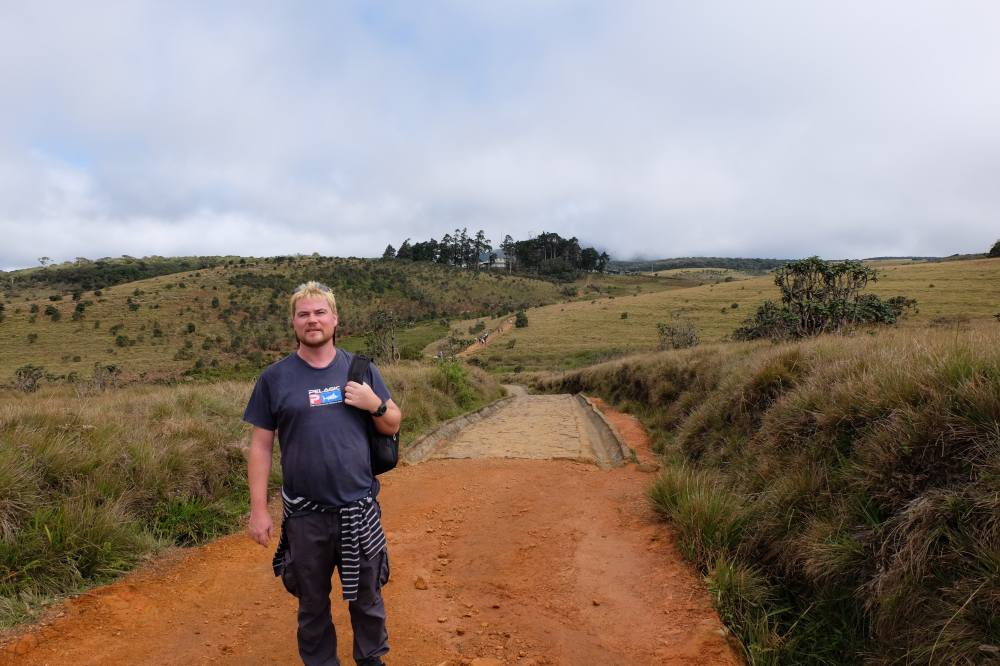 We managed one last hike the next morning before the rains came: 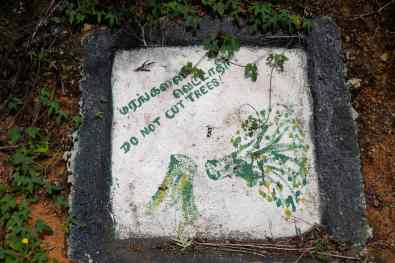 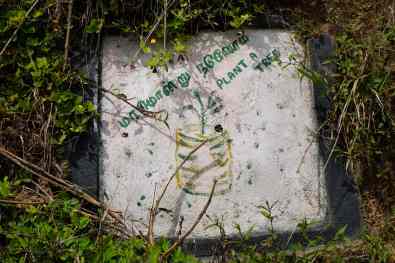 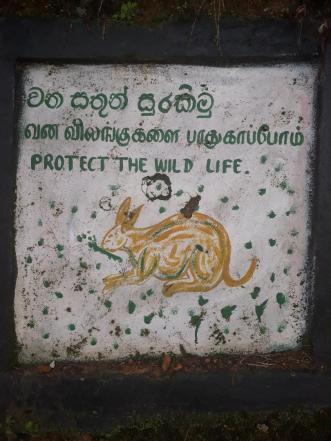 On our last evening the rains came, but also we heard that the rail strike had been called off, so we were able to take the train from Nanu oya (railhead for Nuwara Eliya) to Kandy as originally planned:

The incoming train in the other direction (Colombo > Badulla): 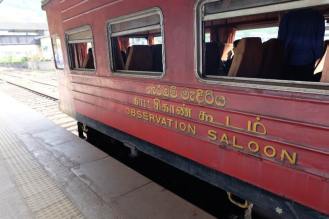 As the way in and out of the station is on a single track, a token system is in use for safety:

Our train was the newer Chinese ‘blue train’ model, and our 2nd class reserved seats were perfectly acceptable, and had ‘at seat dining’ in the form of a chap passing through the train with freshly made samosas and other goodies. Second breakfast!

Some classic ‘out of the train window’ shots: 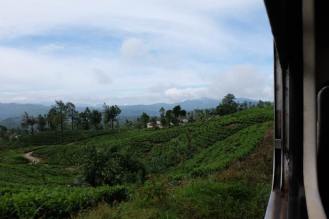 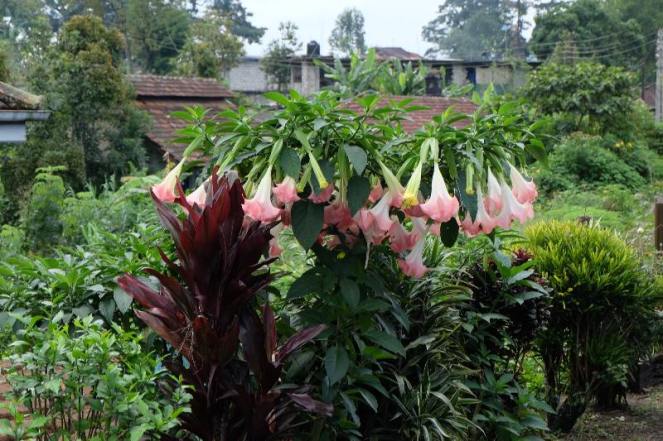 More out of the window sights: 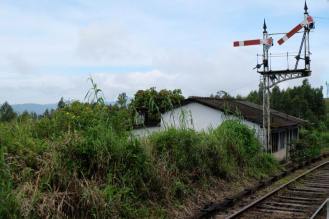 People in the unreserved carriages getting a bit of a breeze in the open doorways of the train: