Those who know me will be aware that I like to have a plan. Having a plan means you get to do the things you want to do, but with minimal faffing. That said, a good plan is robust enough to allow for spontaneity when inspiration strikes, and this was one of those occasions.

The last time I arrived at a hotel and almost immediately – within 30 mins of check-in – decided to extend my stay was the Bangkok Peninsula six years ago, so Nick Buckingham’s extraordinary creation ‘Buckingham Place‘ is in good company. After a brief introduction to the hotel grounds, restaurant and of course our huge chalet we decided to sack off the Jetwing Yala and the opportunity to race around a wildlife reserve in competition with 80 other jeeps trying to spot (hurr hurr) the elusive leopard. Instead, we relaxed into the gentle mood of this small-but-perfectly-formed ‘resort’ and spent the next 48 hours listening to the sound of the ocean rolling onto the beach while mooching from pool to restaurant to bar to chalet to spa. Heaven. 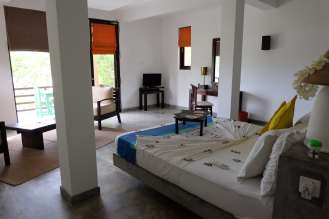 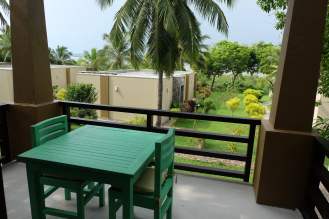 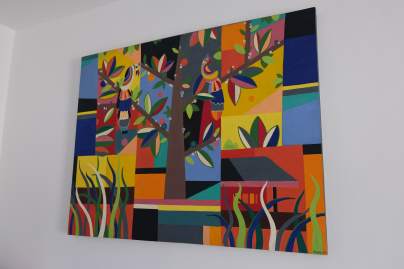 Our light, airy and spacious room and bathroom – sunken bath with reading material provided, plus separate ‘wet-room’ style shower. Oh, and art by a local artist.

The Oceanfront space – with the bar, lounge, recreation room and restaurant – is a fairly new addition to the property apparently, and is quite stunning, opening onto the infinity pool, with the sound of the ocean from only a few metres away.

The food in the restaurant was absolutely exquisite. We tried some typical Sri Lankan dishes like kottu roti and breakfast hoppers, as well as a couple of spectacular fish-and-pasta creations; all were superbly cooked and presented. The bar was a civilised place to relax, and the owner – Nick Buckingham – made an appearance to chat to his guests which was a really lovely touch.

As we had decided to stay for an extra day, we thought we should ‘do a thing’ rather than solely lie around the hotel. Noah bravely decided that his thing would be a canoeing in the nearby lagoon; the hotel provided the canoe and lifejacket, and the summoning of a friendly tuk-tuk driver:

I was less adventurous and went for trying out the newly-opened on-site spa:

Thumbs up for the spa!

In addition to the four peacocks (well, presumably at least one peahen, as there were also some pea-lets!) the hotel’s tame-ish wildlife included Rocky-G, a rescue pony whose retirement appeared to be pretty idyllic, consisting of keeping the grass trimmed and getting the odd treat from guests.

Of course, it’s not only the fauna but also the flora you have to watch out for here: 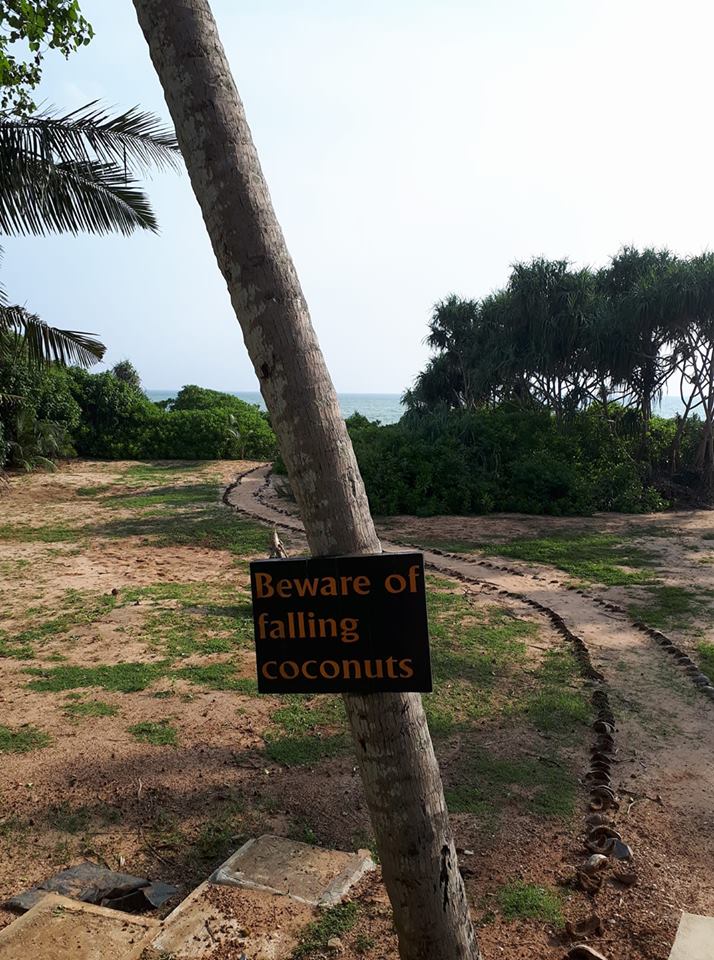 Some more pictures of the villas and beautiful scenic grounds: 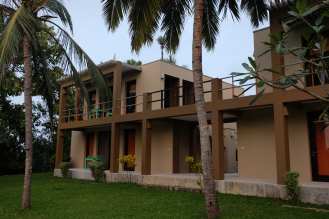 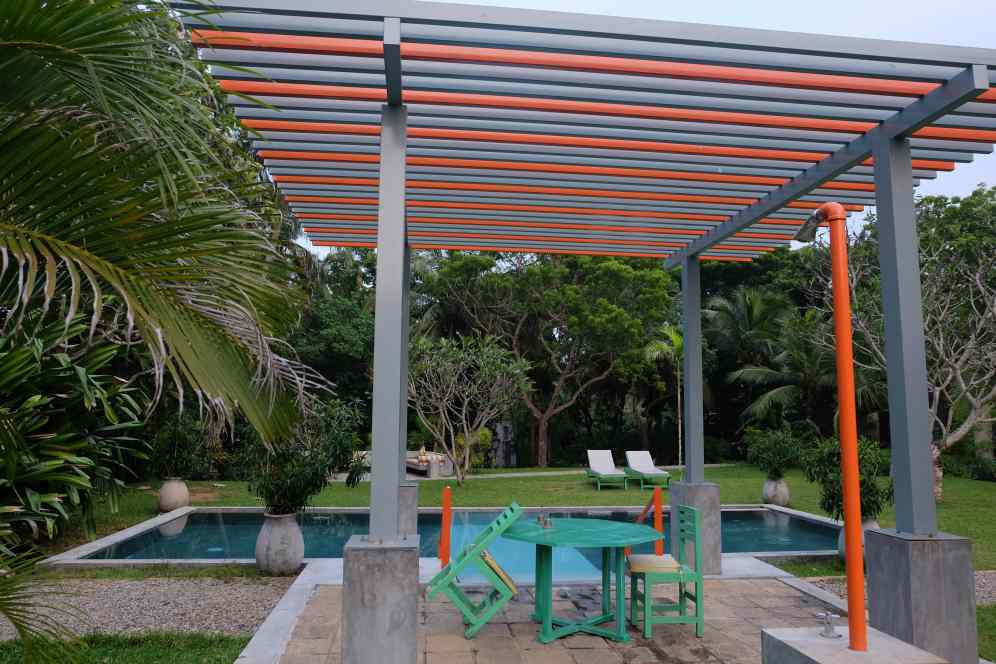 One touch we particularly appreciated was the effort to be sustainable where possible. Instead of the ubiquitous plastic water bottles provided on the table and to the room, our ‘mini fridge’ in the room was stocked with stainless steel waterbottles of filtered water that we could have topped-up on request. The drinks straws in the bar and restaurant were also stainless steel. Nick also explained that there is a rooftop water reclamation system, reducing the need for mains and also bottled water.